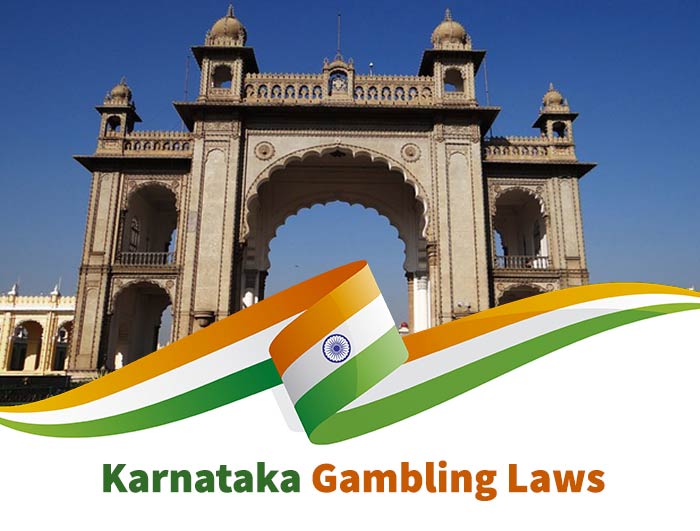 Karnataka Gambling Laws were somewhat vague until recently. It strictly bans gambling including online gaming and betting. Included in the list of banned gambling forms are sports betting, table games, and slot games. On a positive note, it allows horse racing and lottery, but with strict compliance to its gambling laws. If you are not going to study the state’s gambling law, you could end up committing mistakes unknowingly, and as the law implies, ignorance excuses no one. In this article, we are going to tackle Karnataka Gambling Laws and how you can gamble safely.

How to gamble from Karnataka?

The first thing you should keep in mind is that local gambling is prohibited in Karnataka regardless of location. It follows the Indian Public Gambling Act of 1867, which is an old law. In September 2021, the Karnataka cabinet approved a bill to ban all forms of online gambling including online gaming and betting for real cash. This change necessarily means that you can’t participate in online gambling from the state of Karnataka. Violating this law can land you in prison for up to 3 years or a fine of Rs. 1 lakh. You can gamble online from Karnataka but do so at your own peril as it will be considered a criminal offense.

Is gambling allowed in Karnataka?

In a nutshell, No! Gambling is not allowed in Karnataka but with an exception. Local gambling operators are not allowed to create and offer betting and casino games to people in Karnataka. However, it does not necessarily mean that they can’t gamble at all. They can do so through online gambling sites like online casinos and sports betting. However, you will be held responsible and liable for doing so. All gambling for real money is now considered a criminal offense by the Karnataka state.

Karnataka Police Act of 1963 and the National Public Gambling Act of 1867 regulate gambling laws in Karnataka. The advantages of these laws are they are old and have nothing to do with modernization, such as in the case of online gambling. There is an Information Technology Act of 2000, but it does not criminalize players from gambling at offshore sites. However, in September 2021, the Karnataka cabinet passed a bill that seeks to ban all kinds of online gambling which includes online casinos and betting sites. Anyone violating this bill can be imprisoned for up to three years or fined 1 lakh rupees.

According to the Karnataka Police Act of 1963, Chapter VII, creating and running illegal gambling houses are not allowed in Karnataka. Should you be caught doing so, you will be fined and imprisoned for a specific timeframe. However, it does not clarify if the law applies to all games of chance.

There are registered vendors in Bengaluru that let you play rummy and poker legally. If you are the type of player who prefers to play different types of gambling games, your best option is to head on to online casinos. You can play casino games at online casinos in India but you are doing so at your own risk. If you get caught, you can face jail time of up to 3 years or Rs. 1 lakh fine.

Casino culture in Mangalore is most likely the same as the one in Bengaluru. It only differs in number as there are more options in Bengaluru, given the fact that it is a much larger city. Residents in Mangalore can play different casino games like poker, rummy, and horse racing. All kind of online gambling and betting is now banned in Mangalore. If you still engage in online gambling, you are committing a criminal offense according to the new Karnataka law.

Karnataka does not allow a lottery, which is a bit confusing. Should you wish to participate in a lottery draw, you can do so but through a lottery site or physical lotteries outside Karnataka’s jurisdiction. With online lottery sites, you can participate in the world’s most giant lottery draws, such as EuroJackpot and Powerball. But they also come under the online gambling offense according to the new bill passed by the Karnataka cabinet.

There has been a long discussion about the legality of sports betting. Until today, the outcome of sports betting is considered a game of chance, making it illegal under the Public Gaming Act of 1867. For the record, Bengaluru is one of the biggest sites for cricket betting in India. However, you have to take note that bets being placed there are with illegal bookies. It is not safe to bet on sports through foreign casinos as all kinds of online sports betting are banned in Karnataka.

Fortunately, Karnataka considered poker and rummy as a game of skill, making them completely legal. It was legalized under M.J. Sivani And Ors vs. the State Of Karnataka And Ors on 17 April 1995 case. Rummy is not similar to a “three-card game, “which is based on pure chance. Playing rummy requires skills, especially in holding and discarding cards. Those who want to organize a rummy tournament need to register under the Karnataka Cooperative Societies Act of 1959. It is also known as the Karnataka Societies Registration Act of 1960.

Karnataka used to have less stringent gambling laws when compared to other states in India. However, in September 2021, the Karnataka state passed a new bill that bans all forms of online gambling involving money. Players can not play on online gambling sites as it will be considered a criminal offense. If you get caught playing on online casinos, you can go to prison for 3 years or face a fine of Rs. 1 lakh. Land-based gambling sites are allowed to some extent in the sense that they can only offer a limited number of games like rummy and poker. We advise you to stick with the rules and regulations of Karnataka. If you still want to engage in online gambling, you are potentially putting yourself in danger.

In Karnataka, all kind of gambling is banned including online gambling, gaming and sports betting.

Is online betting allowed in Karnataka?

No, Karnataka recently passed a bill that bans all forms of online betting.

Does Karnataka allow an online lottery?